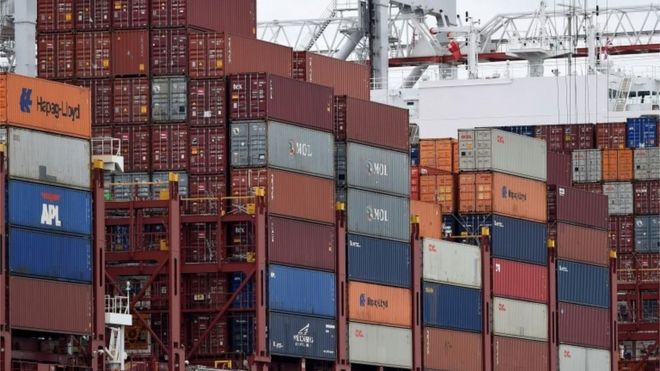 The UK economy grew by 0.6% in the third quarter, according to official figures, faster than previous estimates.

Growth for the July-to-September period had originally been estimated at 0.5%.

New data from the Office for National Statistics (ONS) suggested that the business and financial sector was more active than previously estimated.

The ONS also said that growth in the third quarter of the year was helped by “robust consumer demand”.

However, the ONS trimmed its estimates of growth in the first and second quarter of the year. It now says the economy grew by 0.3% in the first quarter, compared with an earlier figure of 0.4%, and cut its estimate for second-quarter growth to 0.6% from 0.7%.

Ruth Gregory, UK economist at Capital Economics, said the figures suggested that June’s Brexit vote had had little impact on the economy and that growth in the final quarter of the year would be positive. 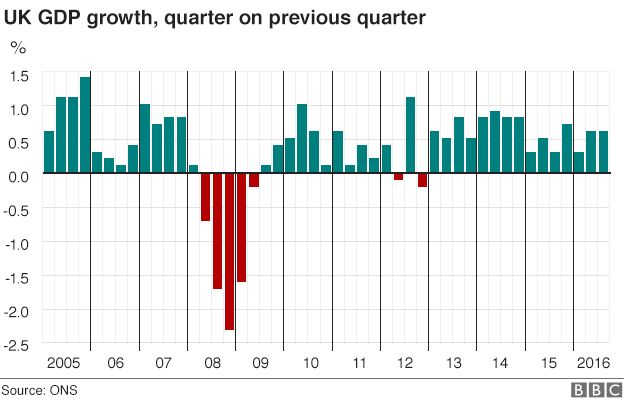 The latest set of UK National Accounts leave the economy looking even stronger after the referendum than previously estimated,” she said.

“GDP growth in Q3 was revised up from 0.5% to 0.6% and the 0.7% growth rate seen in the second quarter was revised down a touch, to 0.6%, suggesting that the economy didn’t lose any pace following the referendum.”

Further figures from the ONS showed that the UK’s service sector, which accounts for nearly 80% of the economy, grew by 0.3% in October from the month before.

“Growth was slightly stronger than first thought, though, due to greater output in the financial sector.

“New figures on services also suggest that growth in that predominant sector of the economy continued into October, helped in large part by another strong showing from the retailers.”

However, he added there were question marks about how long consumer spending could continue to drive the economy: “With high inflation set to weigh further on spending power next year, the consumer is surely set to falter soon.”

Separate figures from the ONS showed the UK’s current account deficit widened towards record levels in the third quarter, with few signs that the fall in the pound in the wake of the Brexit vote has helped to boost exports.

While that was lower than economists had expected, it caused the deficit to rise to 5.2% of GDP from 4.6%. The record percentage level was 6% in 2013.