Home  »  A Collection of the Good Stuff  »  Life before Google: What was it like?

Is it OK to turn my cat vegan? What’s that fresh smell that babies have? What is love?*

In the 20 years since it was founded, Google has provided answers to the most random queries, become a verb and, on Wednesday, received a record $5bn fine after giving itself a bit too much of an edge over its rivals.

Some jobs with an emphasis on research have been altered in major ways by its invention, to the extent that it’s hard to imagine how those jobs were once done.

The journalist
Gareth Hughes was a reporter with the Daily Post newspaper in North Wales from 1974 to 2006 (and is the father of the author of this article). 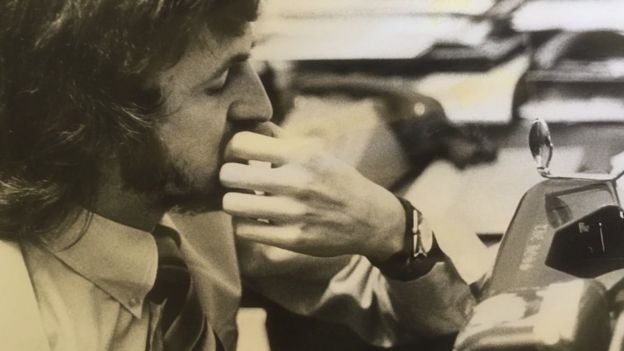 “I had to write about such a range of things that nobody ever expected me to know everything,” he said. “I’d have an encyclopaedia, the local library, but the important thing was to know who knew the facts, and to know who knew those people. I liked to think that there was someone I knew in every village.

“We also had a library in our central office in Liverpool and they kept every newspaper, every cutting of every story. If you wanted anything on a particular subject, the librarians would go and find it and fax it over. They were fantastic.

“I kept everything too – I remember a story about a tiny baby being born miles from anywhere in the middle of winter, the weight of a bag of sugar. She was wrapped up in cotton wool in the ambulance as it made its way slowly through the snow and ice across the moors, and she wasn’t expected to survive.

“I did the story six months later when she left the hospital, and then years later, I just happened to go through my cuttings and came across her story. I saw she would have been a few months from her 21st, so I rang around, contacted the local post office, and it turned out she was living a few minutes from my office.

“Having Google later was certainly useful. But nothing compares to that personal contact at all.”

The barrister
Hilary Heilbron QC began working as a junior barrister in 1972. She is now a member of Brick Court Chambers in London and has practised commercial law and international arbitration.

“Now, law reports are all available online – I have a set of law reports on my shelf that look nice but have no real use.” 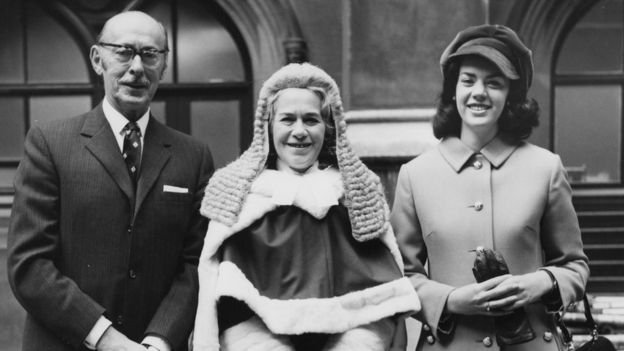 Hilary Heilbron (R) with her father and mother Rose Heilbron, seen here being sworn in as a High Court judge in 1974

“It’s a blessing because you can save a lot of time and it’s more convenient, but you don’t save as much time as there is much more material available than ever before, so you have to check it. You have got to be careful.

“You also couldn’t advertise in those days, so the idea of all this marketing was anathema. You built up relationships by doing your work well, and you would hope clients would come back.”

The librarian
Decades ago, the staff at the New York Public Library acted as a form of Human Google, taking questions from members of the public that they would then try to answer with the help of the vast resources at their disposal.

In recent years, staff there discovered a box of cards containing the public’s questions and shared them on the library’s Instagram account.

“Can mice throw up?” one person wanted to know in 1949, for reasons that are unclear.

They were told that yes, mice can indeed throw up.

“If a poisonous snake bites itself, will it die?”

People in 1949 had some strange questions about animals. Google in 2018 says: err, no-one really knows for certain.

The academic
Janice Yellin completed her PhD in ancient Nubian studies at Brandeis College in Boston in the early 1970s. She is now a professor of art history at Babson College in Massachusetts. 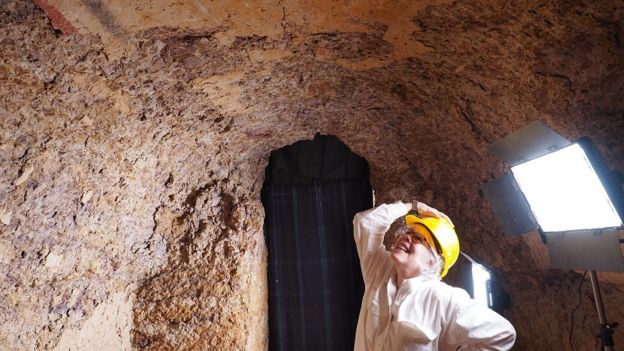 Janice Yellin inside an ancient Nubian pyramid that dates back at least 2,400 years BG (Before Google)

“Google changed everything. It means I can access material without having to lose a day to go into the museum or library, and I can do my work much more effectively. It cut the amount of time I need to do research by about 80%.

“It was a totally different way of working then, and I can sit at my desk now instead of having to plan my day. I’d be working on something and didn’t have enough information, so would have to put it aside to get to the library and look it up.

“But there was a communal relationship in libraries, and in the context of someone’s career development, there was tremendous value in that. Working online is much more isolating.

“There’s something nice to be said about spending a day around books and other people. Younger students don’t build those networks.”

If you wanted the answers to the questions at the top of the article:

a) There’s mixed advice as to whether it’s sensible to put your cat on a vegan diet. We can’t advise you either way.

c) You need to find that out for yourself

Source: Life before Google: What was it like? – BBC News