BMW has told the BBC that it is “absolutely” committed to a new plant in Mexico despite Donald Trump’s hostility to imported cars.

The president-elect has threatened to impose a “border” tax on firms that make cars in Mexico for the US market.

BMW is spending $1bn on a plant in Mexico, while other firms are investing in the US or moving production back.

On Sunday Fiat Chrysler Automobiles (FCA) announced a $1bn (£816m) plan to produce three Jeep models in the US.

FCA will also move the production of a Ram pickup truck from Mexico to the US.

Last week Mr Trump criticised General Motors for building cars in Mexico for the US market.

“General Motors is sending the Mexican-made model of Chevy Cruze to US car dealers tax-free across a border. Make in the USA or pay big border tax!” he tweeted.

He also threatened Toyota with a border tax if it went ahead with a plant in Mexico. 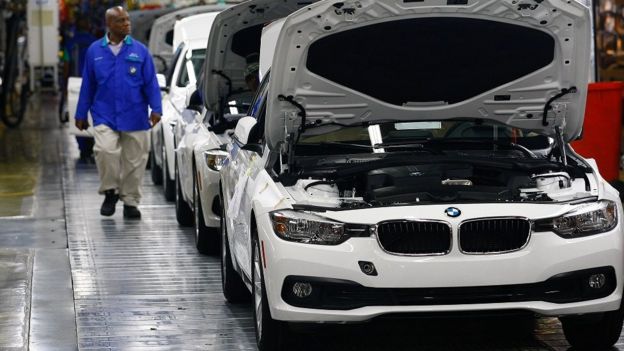 BMW sales and marketing director Ian Robertson told the BBC that the firm was “absolutely” committed its new plant in San Luis Potosi, which will make it’s 3 Series cars for sale across North America.

He added that the company was investing $1bn in its plant in South Carolina and pointed out that BMW was the biggest exporter of cars, in terms of value, from the US.